"Associate Vice President of Human Resources Allan Bishop has informed the Employee Assembly that the University plans to implement a ‘ban the box’ policy — which would remove questions about an applicant’s conviction history on preliminary job applications — by July 1, according to E.A. Executive Vice Chair Tanya Grove...Garrison Lovely ’16, president of Cornell Prison Reform and Education Project, said he was “thrilled” with the University’s decision to pursue this initiative.
“I met with Allan Bishop in the fall and he was open to ‘ban the box,’ but there were no concrete plans,” Lovely said. “This represents a huge step forward toward ensuring that Cornell is a fair chance employer going into the 2016 academic year.” 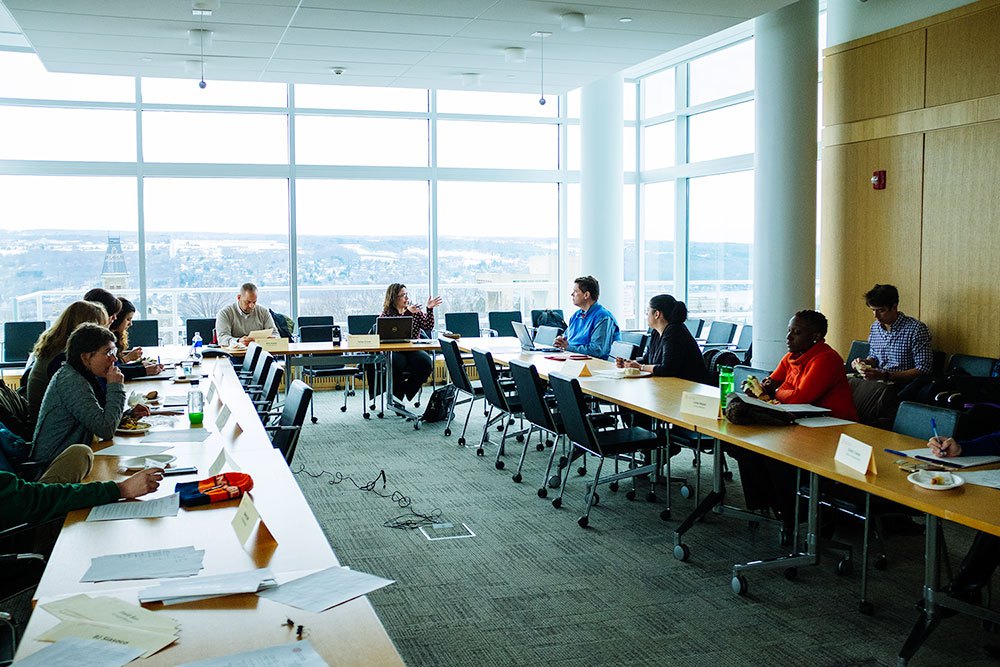 Cameron Pollack / Sun Photography Editor
"The Employee Assembly expressed support for a resolution urging the University to remove questions about previous criminal convictions from its job applications and voted to publish a statement responding to the Union of White Cornell Students at its meeting on Wednesday.
Garrison Lovely ’16, co-founder and president of the Prison Reform and Education Project, spoke about PREP’s efforts to promote the nationwide ‘Ban the Box’ movement at Cornell.
Current legal guidelines stipulate that employers cannot discriminate based on prior convictions alone, which can be difficult to prove, according to Lovely. Moving ‘the box’ to a later stage in the hiring process “isolates conviction itself” as the motivation for rescinding a job offer, he said.
“Employers can deny applicants solely based on their criminal history, but can claim that some other element of the application disqualified the applicant,” Lovely said. “Banning the Box is the only way to guarantee that applicants can prove that a negative hiring decision was made due solely to the applicant’s criminal history.”

EDITORIAL: Banning the Box — Cornell as a Fair Chance Employer

"The Student Assembly urged the University on Thursday to join the national “Ban the Box” movement by removing job application questions asking applicants if they have a criminal record. In passing this resolution, the S.A. rightly acknowledges the need for fair chance hiring practices and the crucial role Cornell plays in the community. As an educational institution and an important community member, Cornell University is obligated to be a fair chance employer."

"The Student Assembly also passed resolution promoting the “ban the box” initiative. This resolution urges Cornell to remove questions about criminal history from its job applications to make the University a fair chance employer.

“This matters because it is incredibly difficult for people to get hired after reentry into society,” said Garrison Lovely ’16." 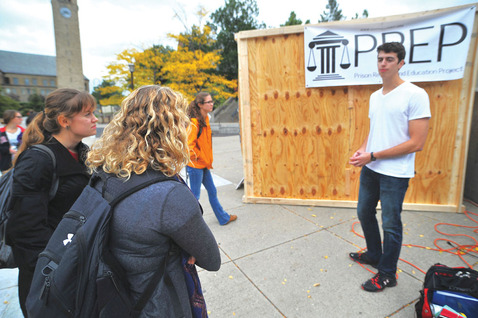 MORE COVERAGE ON OUR "BEHIND BARS CAMPAIGN": Cornellians Seek to Raise Awareness for Prison Reform (via Cornell Daily Sun)
The Cornell Prison Education and Reform Project constructed a wooden structure meant to replicate solitary confinement on Ho Plaza Monday in order to educate students and increase student interest in the prison system. According to PREP co-founder and co-president Garrison Lovely ’16, the display kicked off the organization’s Behind Bars Campaign, which seeks to “[protest] abuses in the New York state prison system and [lobby] for reform...”

Check out the rest of the article in the Cornell Daily Sun!
Link below:
http://cornellsun.com/blog/2014/09/23/cornellians-seek-to-raise-awareness-for-prison-reform/ 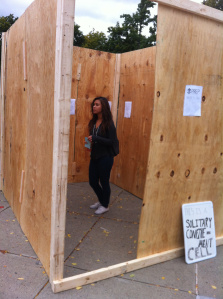 The event was the first of PREP’s “Behind Bars Campaign,” part of its larger effort to educate students and foster student research about prison conditions. The makeshift cell measured 7x9x8 feet in dimensions, which is the same size as actual “Special Housing Units” in New York state prisons according to PREP, and featured informational flyers posted on its interior walls.

Garrison Lovely, PREP’s Director of Advocacy, told The Cornell Review that most people think solitary confinement is for “the worst of the worst… when in reality the vast majority are non-violent offenders.”

Lovely went on to say that prison reform is a cause both conservatives and liberals can rally around, even if for different reasons. He cited the costs of solitary confinement as one reason more conservatives are warming up to the idea of reforming the prison system. According to NPR, the cost to house one inmate in solitary confinement can reach up to $78,000 per year. That’s more than a year at Cornell."

Check out the rest of the article in the Cornell Review!
Link below:
http://blog.thecornellreview.com/2014/09/22/cornell-prep-solitary-confinement/ 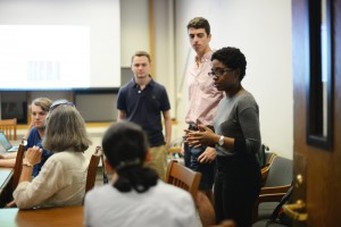 Matt Clauson ’15 and Garrison Lovely ’16 founded the organization — formerly named The Redemption Project — in fall 2013 after the two said they discovered there were no other student groups on campus dedicated to prison reform.

Clauson — who said solitary confinement is a major issue in the state’s correctional system — added that the organization channeled most of their advocacy efforts into lobbying to pass the Humane Alternatives to Long-Term Solitary Confinement Act, an act that challenges isolate confinement, last semester."

Check out the rest of the article in the Cornell Daily Sun!
Link below:
http://cornellsun.com/blog/2014/09/09/cornell-prison-reform-project-creates-new-research-branch/ 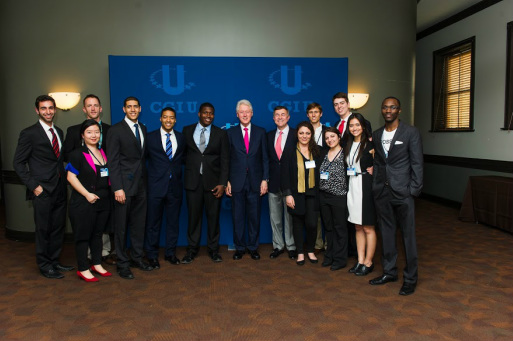 Garrison Lovely with President Clinton and other Cornell CGI U attendees.
Last April, Garrison Lovely traveled to Phoenix, Arizona to represent the Prison Reform and Education Project (PREP), then called the Redemption Project.  Garrison had the opportunity to meet President Bill Clinton, network with young leaders from around the world, and learn about how to better realize PREP's commitment to educate about and advocate for prison reform.  Big thank you to Cornell's Engaged Learning and Research Center for organizing events throughout the trip and bringing together Cornell's attendees!
Powered by