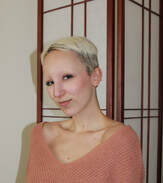 Maren Ogg, Co-President: Maren is a junior in the College of Arts and Sciences double-majoring in Sociology and Psychology with minors in Crime, Prison, Education, and Justice; Law and Society; Horticulture; and Fiber Science. In addition to her work with PREP, Maren is involved in psychological decision-making and program design research, as well as sustainable fabric design. She began studying and working toward criminal justice reform after attending the Student Diversity Leadership Conference in 2016, where Civil Rights leaders spoke on the issue; she then interned with Prisoners' Legal Services of New York and worked with lawyers specializing in capital punishment appeals. 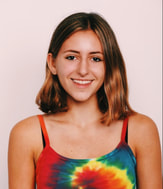 Anna Lifsec, Co-President: Anna is a sophomore majoring in Industrial Labor Relations with minors in
​     Crime, Prison, Education, and Justice; and Economics. In addition to working with PREP, she is a
Hunter R. Rawlings Presidential Research Scholar, an Outdoor Odyssey guide, and a member of Cornell
Political Union. Anna first became involved in criminal justice reform after meeting a formerly
incarcerated man who was fighting for youth justice in the New York Criminal Justice System. During
​     her free time she runs, rock climbs and works with rescued horses.
ALUMNI 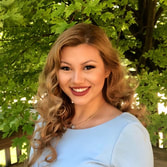 Sarah Dincin, Former President: Sarah majored in Psychology and minored in Law and Society, Social
Inequality and Human Development. On campus, Sarah was an active member of Cornell Mentorship for
Incarcerated Youth and served as president of the Association for International Human Rights on
campus.  Sarah has been interested in prison and criminal justice reform since she had the privilege of
​   attending a talk with Equal Justice Initiative founder Bryan Stevenson in 2015. 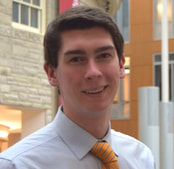 Alexander Moon, Former President: Alex majored in Mathematics and Economics. Through Cornell, he will worked with the Phoenix Players theater group at Auburn Correctional Facility. He became interested in criminal justice reform through its overlapping goals with other activist groups and following local news stories about the prison system in his hometown of Baltimore, Maryland.​ 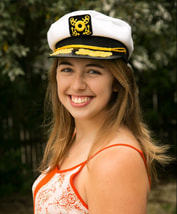 Kristen Lovely, Former President: Kristen is a 2018 graduate of the School of Industrial and Labor Relations with minors in Crime, Prison, Education, and Justice; Inequality Studies; and Law and Society. Kristen has served as an English 101 and Tutorial TA at Auburn Correctional Facility through the Cornell Prison Education Program (CPEP). Outside of PREP and CPEP, Kristen is also involved in the Cornell Concert Commission. She has conducted several semesters of research at Cornell's Institute for Compensation Studies and works in the ILR Office of Student Services. She enjoys rock climbing and traveling. 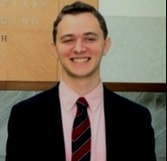 Matt Clauson, Co-Founder: Matt graduated in 2015 with a bachelor's degree in history from the College of Arts and Sciences.  Matt is currently a Research Analyst at CEB.  On campus, he was a﻿ Public Service Scholar, the President of the Cornell Roosevelt Institute, and a teaching assistant for the Cornell Prison Education Program.  He also served on the Student Board of Advisors for the Roosevelt Institute Campus Network.  Additionally, Matt has interned at the Federal Judicial Center in Washington, DC and at the Charles Hamilton Houston Institute for Race and Justice at Harvard Law School. 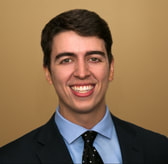 Garrison Lovely, Co-Founder: Garrison is a graduate of the Class of 2016 in the School of Industrial and Labor Relations and a Meinig Scholar.  Garrison also served as Co-President of the 2016 Senior Class Campaign.  He had previously served as a Teaching Assistant in the Cornell Prison Education Program and the Executive Chair of the Slope Day Programming Board.  He’s been interested in prison reform since he began reading about the American justice system in high school.  Before founding PREP with Matt, he interned with the Ithaca Office of the Prisoners’ Legal Services of New York. 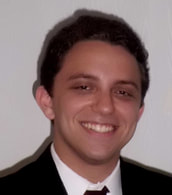 Nick Raskin, Founding Team: Nick is a graduate of the Class of 2016 in the college of Arts and Sciences, double majoring in economics and government. He is particularly interested in prison education initiatives and serves as a teaching assistant in the Cornell Prison Education Program. On campus, he was also involved as a debater in the Cornell Forensics Society, as senior policy chairman of the Roosevelt Institute, and served as undergraduate team leader in Dr. Valerie Reyna’s Laboratory for Rational Decision Making. He will be attending Harvard Law School.
Powered by